“What I’d really like to hear right now is Skylarking-era XTC covering Deep Purple’s Machine Head in its entirety, or vice versa. You got anything like that?” 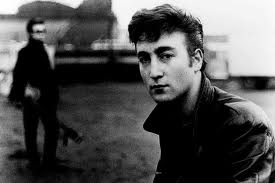 To John Lennon, who would have been 72 today. There’s not much else to say about him. He’s gone. And in a couple of months on the eighth of December, we will remember him once again and listen to Plastic Ono Band one more brilliantly heartbreaking time.

Sir Paul McCartney has no shame. Never has, never will. He’ll never recover from “Ebony and Ivory” and “Say Say Say” but why why why does Sir Paul continue to disappoint even his most ardent supporters by doddering around like my dear old granddad during those years he was desperately clinging to his youth and trying to remain vital and relevant?

Look, chap. We get it. Unparalleled musical genius and all that. You were the brains of the Beatles. You wrote “Yesterday,” which is the shittiest Beatle song of all, but for Chrissakes, man, the novelty has run its course. Are you not yet rich enough to satisfy your greed? Why can’t you just bugger off and paint watercolors in and of the Scottish countryside? Do it for us, all the people who saved up their allowances to buy The Beatles 1967-70, or flipped two-weeks worth of burgers to buy a nosebleed seat at McNichols Arena for the Wings Over America tour—and a t-shirt and the stupid program.

To every old school rock band that (a) HASN’T reunited for a 401K tour, (b) allowed a bunch of non-original members to carry on using your name even though the founding members are dead, or (c) HASN’T released an album since 1990.

Soundgarden. Look, when Billy Corgan calls you out for cashing in, well, a brickbat from old Noel means nothing. The new album? I’ve only heard about 1:20 of a song from King Animal, and to quote Trent Reznor, who’s no stranger to brickbats, speaking about Chris Cornell’s 2007 solo album: “You know that feeling you get when somebody embarrasses themselves so badly you feel uncomfortable?”

Few internationally famous rock stars have been as over-rated, over-exposed, and over-paid as Noel Gallagher. Aside from that, he also happens to be one of the more quotable characters in pop culture. Not surprisingly, no one thinks more highly of Noel than Noel. You can’t argue with a guy who calls himself a genius. He’s everything he’s ever wanted to be—rich and famous—so more power to him. Say what you will about his musical talent or lack thereof, he is certainly nobody’s fool. 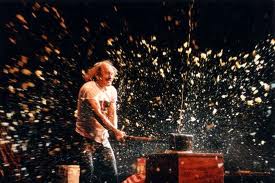 The only reason Noel Gallagher showed up on my radar is because he recently came through Taipei, performing with his new band, Noel Gallagher’s High Flying Birds. Once a year, Noel says something funny enough to merit a photo gallery on the New Musical Express website, and we are all reminded of his genius.

P.S. These quotes can be found every where on the web, therefore anything that is unsourced is considered to be paraphrased.

On his songwriting: “I’m not technically proficient enough to attempt all kinds of music. I wish I could write a fucking record like Raw Power or Wish You Were Here, or have the ability of a musical chameleon. But fuck it, I’m not. I don’t give a shit about being different. I want to be the same. And that in itself makes me different.” (Rolling Stone, Nov. 2011)

On playing smaller venues: “I’ve been playing stadiums for the past 10 years. The only time I set foot in a theater is to go see a fucking play. I don’t want to see anybody’s face. I don’t want anybody to fucking talk to me between the songs. I don’t want to fucking sign anything for anybody. I’m used to people being a mile away. That suits me. It’s more nerve-wracking playing in front of people who are two feet away from me.” (Rolling Stone, Nov. 2011)

On playing Oasis songs: “I’ve always thought most bands should play Oasis songs, anyway. The Foo Fighters should definitely do a couple. Green Day could do even more than one or two. Radiohead? I mean, let’s face it. It’d be a better night out.” (Rolling Stone, Nov. 2011) 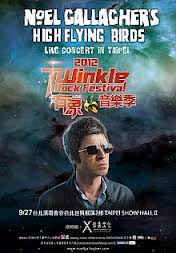 On ambition: “You want to sell 5,000 limited-edition red vinyl seven-inches, that’s fine. Make music for a closet full of people in Bradford somewhere…but it doesn’t mean anything to anyone. Phil Collins has got to be chased out of the charts, and Wet Wet Wet. It’s the only way to do it, man, to fucking get in there among them and stamp the fuckers out.” (The Guardian, Sept. 1994)

On Jack White: “Jack White, right, has just done a song for Coca-Cola. End of. He ceases to be in the club. And he looks like Zorro on doughnuts. He’s supposed to be the poster boy for the alternative way of thinking… I’m not having that, that’s fucking wrong. Particularly Coca-Cola, it’s like doing a fucking gig for McDonald’s.”

On George Michael’s new song: “He’s now trying to make social comment, this is the guy who hid who he actually was from the public for 20 years. Now, all of a sudden, he’s got something to say about the way of the world. I find it laughable. That’s even before you get to the song, which is diabolical.”

On the Kaiser Chiefs: (After calling them ‘wankers;’) “Well, they are, though. The worst thing about them is that they’re not very good. They play dress-up and sit on top of an apex of meaninglessness. They don’t mean anything to anybody apart from their fucking ugly girlfriends.” (Time Out: Chicago, Dec. 2008)

On Keane: “I feel sorry for Keane. No matter how hard they try they’ll always be squares. Even if one of them started injecting heroin into onto his cock people would go ‘Yeah but your dad was a vicar, good night’.” (Herald Sun, Oct. 2008).

Again on Liam: “I read these interviews with him and I don’t know who the guy is who’s in these interviews, he seems really cool, because the guy I’ve been in a band with for the last 18 years is a fucking knobhead.” (Herald Sun, Oct. 2008)

On the Beckhams: “Why is Posh Beckham writing a fucking book of her memoirs? She can’t even chew chewing gum and walk in a fucking straight line at the same time, let alone write a book.” (NME, Sept. 2001)

On Live8: “I’m not sure about this Live8 thing. Correct me if I am wrong, but are they hoping that one of these guys from the G8 is on a quick 15-minute break at Gleneagles and sees Annie Lennox singing ‘Sweet Dreams’ and thinks, ‘Fuck me, she might have a point there, you know.’ It’s not going to fucking happen, is it?” (The Guardian, June 2005)

Again on Keane: “Historically, the three biggest twats in any band are always the singer, the drummer, and the keyboard player. I think that tells you all you need to know.