Underground stream of consciousness radio. From prog to psych to bubblegum to pop. This is what radio used to be like in the late 1960s and early 70s. Or at least this is how Bob and Ron’s Record Club has envisioned it.

The legendary rock and roll duo that “defined high radio” in Chicago on WCKG 105.9 FM is back!

Bob and Ron’s Record Club has joined forces with Black Sunshine Media to spread the vibrations of rock, vinyl, and broadcast radio.

BSM is now home to the Bob and Ron Radio Archive, and Bob and Ron’s Record Club Radio, featuring brand new episodes recorded in an analog studio, beginning in early 2013.

The Bob and Ron Radio Archive is a weekly program featuring old shows from the WCKG days. The Audio Division of BSM will host episodes hand-selected from the BRRC/WCKG archive by Bob and Ron, complete with track lists, album art, thematic synopsis, and relevant notations.

Bob and Ron’s Radio Archive – Episode 43 is our inaugural broadcast.

Bob and Ron’s Record Club was a late night FM radio program aired on WCKG-FM Chicago, between 2004-2006, hosted by life-long vinyl aficionados Bob and Ron. The show was based exclusively on vinyl long-playing albums (LPs) which were culled from their 10,000+ record collection(s). You heard some snaps, crackles, and pops, which is what happens when you listen to vinyl. It’s what Bob and Ron like to call “warmth.” 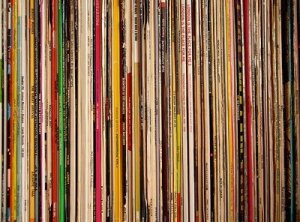 Unscripted and full of surprising twists and turns, the show was a refreshing change of pace from the prevailing “classic rock radio” of the day.  The duo made no effort to emulate professional radio jocks, in fact, by knowing intimate details about the music they played, Bob and Ron were light years ahead of their so-called professional peers. The authenticity of their passion for vinyl and rock music in general was infectious. However, their radio run was relatively short-lived, producing a little over 200 broadcasts before WCKG switched formats, pulling the plug on Bob and Ron’s Record Club.

Until now. The “definition of high radio” is back and they’re better than ever.