Superlative new Radio Archive – Episode 47 featuring vintage two hours of Bob and Ron cuts from the archive. The sets are shorter and the recap sections longer as Bob and Ron stretch their on-air legs with listener calls and extended discussions about everything from Q Magazine’s Best Albums of All-Time to their early days playing Christmas music on the Steve Dahl show.

In keeping with the BRRC modus operandi, each set has a separate theme: the first set covers the “Work Ethic”. Gems include tracks from Neil Young, James Gang, and Lynyrd Skynyrd. Second set is “Great Band Names” and features Mott the Hoople, Nektar, and Humble Pie.

The first hour highlights more listener calls: “Play some UFO for a brother”; an aborted Dr. Sammy’s DVD Reviews in the Sky, a cool BRRC promo, talking about AM radio, their love of the Kinks; Rush Limbaugh’s drug addiction; more calls, and a great Spinal Tap clip. 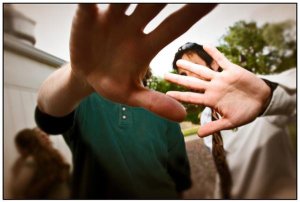 The middle set is dedicated to a one-man band theme, with cuts from Paul McCartney, Todd Rundgren, and Shuggie Otis. Read that again: Shuggie Otis.

The final set is dedicated to the formation of Crosby, Stills, Nash and Young, playing one song each from The Byrds, The Hollies, and Buffalo Springfield.

Overall, the episode features amazing deep cuts from the catalogs of some of rock’s greatest and in some cases, most-overlooked artists such as Leon Russell, Moby Grape, Donovan, and more.