We’ve all got ‘em – things we dig that we shouldn’t, and things we should dig but for one reason or another, do not. Dig.

There are dozens if not a hundred bands and artists I used to like which now make me cringe. Billy Idol, for example. The difference between a cringe-worthy, passing infatuation, and a guilty pleasure can be summed up neatly: I don’t listen to Billy Idol anymore. Meanwhile, the polar opposite of a guilty pleasure would technically be an “innocent irritation”, but honestly, that doesn’t read as well as irrational aversion.

Slaughter – Fly to the Angels

The amount of pleasure received from Slaughter is limited to this one song, but it’s a boatload of good vibrations, for sure. When it first came out in 1990. MTV was still playing videos. Pepperidge Farm remembers.

For years, I never to the best of my knowledge ever told anyone that I had a huge crush on this jam. One day in the mid-90s, I was hanging out with Bill Dolan, talking about cover songs – we had recently formed a band with the express intention of playing (mostly) covers. Anyway, Bill had an eclectic range of rock songs he wanted to play, and I had only two memorable suggestions, both of which I reckoned Bill wouldn’t be cool with.

The first was “The Hellion/Electric Eye” by Judas Priest – which is not a guilty pleasure, and a different subject altogether.[1] Bill shook that one off. The second was “Fly to the Angels”, which I almost didn’t suggest because Bill hadn’t liked my first idea. To my delightful surprise, Bill said something along the lines of, “That’s a pretty hot jam, actually.” We never did play it in the band, but from that point forward, I thought, “Hell, I was right all along. It was a hot jam.” 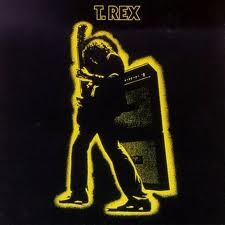 I’m perfectly aware of the fact that saying you don’t like T. Rex is not cool. I’m not saying I don’t like T. Rex. For whatever reason, they just didn’t hit a groove with me. “Bang a Gong” would come on the radio and I’d think, “Well, at least it isn’t Pablo Cruise,” but I wasn’t excited or encouraged by any means. At the same time, I was subconsciously trying to avoid artists who wrote songs with “boogie” or “choogle” in the title. Marc Bolan and T. Rex had several of the former, and at least one of the latter.

It wasn’t until much later that I began to appreciate T. Rex to the point of respect and admiration. However, my two favorite T. Rex jams are covers of their songs by other artists: “Jeepster” by the Polecats, and “Children of the Revolution” by the Violent Femmes. I don’t know if it would have been a different story had I been turned on to his relatively obscure television show, Marc, which ran for six weekly episodes in the autumn of 1977, before Bolan died in a car crash.

A pop music show, [Marc] gave Bolan a chance to showcase punk bands such as Generation X, the Jam and Eddie and the Hot Rods. T. Rex performed at least three songs each week, a mixture of new versions of their old hits, and fresh tracks, while the guests were slotted in between. Not all were as notable as those listed above, though they also included Roger Taylor, drummer with the rock band Queen, in a rare solo TV appearance. They were also joined by a dance troupe called Heart Throb.

Don’t know why, but I vaguely remember when, 1994-95, so that’s a good starting point. Made in USA was Pizzicato Five’s second release in the U.S. on Matador Records.

I had somewhat recently started writing for a couple of local ‘zines and they’d have stacks of promo packs and new record releases for writers to review. Matador was one of the premier indie labels, and so most of the big names would have been snatched up by other writers. Peons like me got the runts of the mailbag litter. Anyway, the Matador label flashed at me, and I grabbed Made in the USA without reference. They’re Japanese? OK, let’s check this out.

While the ensuing review was irrelevant and lost in the ether of time, I couldn’t shake this “Twiggy” jam. There was a point in time when I could recite most of the lyrics, and even now, I’m a little surprised at the familiarity.

By nearly all criteria, I should like and/or love the Dead. First of all, they were contenders for Highest Band on the Planet honors. Second, their concerts were a major social event – the parking lot of a Dead show was a really fun place to be. Finally, they had two drummers, which I have to almost love by default. The rest of it, the songs and the endless jamming should have fallen into place, but it didn’t.

The great thing about music is that generally speaking, you can be like, “Eh, I’m not listening to that nonsense.” And there’s no problem. In the old days when Jerry Garcia was still alive, it was a much more contentious issue. It didn’t take much to twist a Deadhead’s nipples. On the whole, Deadheads were a very defensive fan base. Though it was simply a lot of fun to have a point of contention, the truth was I really didn’t like the vast majority of the Dead’s music. Your arguments are much more compelling when you believe your own bullshit.

This veers into guilty pleasure territory but there is one Dead album that I owned and listened to on a regular basis for nearly 20 years, Aoxomoxoa (1969). AND I bought the 2003 reissue. Anyway, fun fact: a four-year-old Courtney Love appears on the back cover, as her old man was an associate of the band.

Aoxomoxoa is the band’s third studio album, and many Deadheads consider this era of the Dead to be the experimental apex of the band’s history. If I had to pick a favorite Grateful Dead song, there are two things for certain. One, it’s on this album; and two, it’s not one of the 2003 reissue bonus tracks.

Here we are at the diamond of the hard rock spectrum. One could argue Judas Priest was a metal band at some point in their career – MTV ranked them the second greatest heavy metal band of all-time, pffffhhhsssttt – but frankly, very little of their work is true metal; Sad Wings of Destiny (1976) is pretty metal, but most of their work hardly ventures outside of the confines of hard rock with an eye on the pop charts. Having one dude in the band with a Flying V does not automatically make you metal. 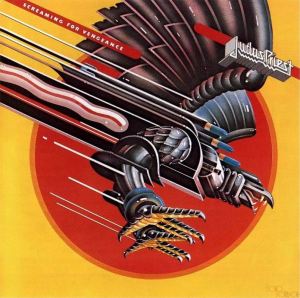 Anyway, here’s a fact. All dolled up in motorcycle leather and spiked collars, Judas Priest either looked like the baddest, meanest rock band on the planet – or, if people had put two and two together, a gay porn film waiting to happen. Regardless of their true intentions, Priest made bands like the Scorpions look like a bunch of students. We imagine them recording their albums in some dank, putrid S&M dungeon with scenes of untold mayhem and depravity, but in fact, following their cult-breakthrough with 1980’s British Steel, the band spent the next decade recording in hellish places like Ibiza, Spain, and the Bahamas. The dudes in Judas Priest turned out to be a bunch of regular European tourists in Speedos at the beach. And good for them.

Whatever. This jam opens their eighth album, Screaming for Vengeance (1982), which also contained the Top 40 hit “You Gotta Another Thing Comin’”, and truly gave them critical mass appeal. Prior to this record, Priest had been touring non-stop and had a handful of big hits (“Livin’ After Midnight”, “Breakin’ the Law” and “Headin’ Out to the Highway”), yet seemed headed for the cut-out bin following 1981’s sluggish Point of Entry. Although British Steel is considered the band’s coup de grace, Screaming for Vengeance – in part because of this jam – broke the band in North America, paving the way for a decade of mega-success.