I’ve been meaning to write something/anything about these 20/20 cats for at least two years; for whatever reason, they consistently fall through the cracks. Yet, this may be the most appropriate introduction for a band that went virtually unnoticed during its lifespan.

I’m going to let Allmusic fill you in on the details, but 20/20 to me is a band that takes everything good about Cheap Trick, The Who, Small Faces, T. Rex, David Bowie, Badfinger, Big Star, Slade and a wash of similar bands, and wraps ‘em all into one song. If you’ve ever wondered where Guided by Voices got their schtick, now you know: from these guys.

20/20 was an American power pop band based in Hollywood, California, active from 1977 to 1983. Originally from Tulsa, Oklahoma, the band relocated to L.A. in 1977 after fellow Tulsa natives Phil Seymour and Dwight Twilley met with success. The band signed with Greg Shaw’s Bomp! Records in 1978, and released and their first LP on Portrait Records.

20/20 is considered one of the key bands in the L.A. power pop explosion of the late 1970s and early ‘80s (The Plimsouls, The Knack, Shoes, Off Broadway, etc.). They never quite scored a hit single, but their signature song, “Yellow Pills,” became a cult favorite.

Following the success of power pop acts like the Knack, the band’s second album Look Out was darker and less immediately inviting then the debut. 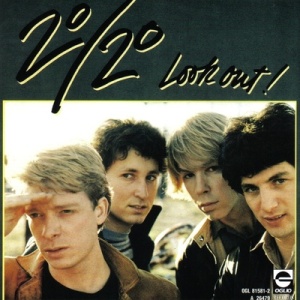 However, the track “Nuclear Boy” received airplay but the group parted ways with Portrait Records and dissolved in 1983.

In 1995, after 20/20’s first two albums were reissued on CD, Steve Allen (guitar, vocals) and Ron Flynt (vocals, bass) assembled a new edition of the band.