Welcome to Christian Adams’ 15-part essay series documenting an ill-fated attempt to hear every record listed in the somewhat popular coffee table book, 1001 Albums You Must Hear Before You Die, edited by Robert Dimery.

Most importantly, Adams attempted to establish whether or not the casual music appreciationist*, i.e. the listener really needed to hear these albums, and in some cases, suggested an alternative record which didn’t make the list.

In step with the spirit of the book, nearly every genre of modern popular music is discussed, including avant-garde, noise, psychedelic, jazz fusion, world music, sophisti-pop, soft rock, extreme metal, adult contemporary, post-punk synth pop, country rock, and many, many more. Additionally, the essays often touch on tangentially related issues that surround the culture of popular music, such as the influence of computer technology on artistic development.

*Christian’s term for this type of writing: appreciationism.

The essay series comes with its own key and multiple standards of exception, including but not limited to: The BS&T Clause, the Human League Dilemma, Double LP Syndrome, and exclusive definitions and explications of terms like shitball and solipsism. Here are some excerpts.

Strikethrough indicates what you probably think it does

Blue bold italic indicates ABSOLUTELY MUST HEAR BEFORE YOU DIE

Note: Suggested alternatives are from the same year as the contested entry unless otherwise indicated.

You don’t have to do anything. However, if you’re interested in the development of rock music as an artistic, historical, and/or social movement, there are more than 1001 Albums You Must Hear Before You Die. In fact, if you really want to know your stuff, there are 10,000 albums you need to be familiar with before you can join the conversation. 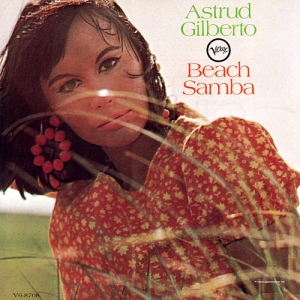 The only sound of music more offensive than samba is bossa nova, which, surprise! Is a form of samba. This is the shit that gets piped into trendy restaurants for “atmosphere,” when they really mean “sonic wallpaper.” By far the most tepid, inoffensive, disingenuous form of music in existence. Theme songs to children’s television shows have more substance. 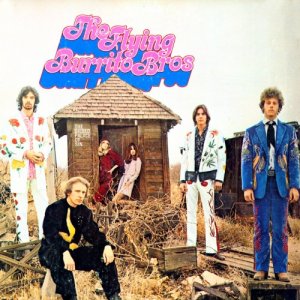 So it comes down to a very conscious decision on your behalf. Ask yourself these two questions: Do I like Wilco? Do I own a copy of The Eagles – Greatest Hits 1971-1975? If you answered yes to either, you should probably give this record a spin, not because you might like it, but because this is where all that middle of the road, cut along the grain, country rock sawdust comes from. Actually, the story of the band is far more interesting than any of their jams. The legend of Gram Parsons is a fascinatingly morbid tale.

Here’s an outfit that sounded really, truly great on their debut album, Child is the Father to the Man (1968); but then Al Kooper left and BS&T became the house band in my version of Hell featuring David Clayton-Thomas on lead vocals and perspiration.

BS&T won the 1969 Grammy for Album of the Year, and this is one of several proverbial lines in the sand: Accolades mean nothing. The same cat who produced this unacceptable bullshit (James William Guerico) was also working with Chicago (see #3) and Moondog, but he dropped the ball on BS&T. Even though Child is probably a Must Hear album, BS&T disqualifies the band from inclusion on any list yours truly might be involved with.

Thus, we shall henceforth call this the BS&T Clause, which renders a band non-essential no matter what they did before or after (in this case) David Clayton-Thomas joined the band. The clause will be invoked when we get to the Bee Gees, for sure.

The other night, I watched a Ramones show from 1977 at Hammersmith Odeon and was shocked at how good they were.

File this under: Shit I Can’t Believe I’m About to Write.

At this point in the whole deal, I’m getting picky about albums that were overlooked by Dimery and the 1001 Albums crew. The fact that Saturday Night Fever – The Original Sound Track (1977) is NOT included on the list was a welcome discovery, but puzzling as well. Surely, if the idea is to give people an idea of what was cookin’ in 1977, Chic is a fine example of disco; however, Fever, partially due to its movie tie-in, goes above and beyond a simple representation of a genre. Its cultural impact cannot be understated as the best-selling soundtrack album of all-time until surpassed by Whitney Houston’s soundtrack to The Bodyguard (1993).

While it’s erroneously considered a Bee Gees album – they wrote and produced 8 of 17 tracks – I refuse to absolve them of the blame. All the big hits are Bee Gees’ cuts. To be clear, I despise the movie and the soundtrack as much as possible, and there is one thing on here that’s worse than disco—it’s called “How Deep Is Your Love” performed by the Bee Gees; it may be the softest soft rock song ever, and that’s saying a lot. That means it has to be worse than “Muskrat Love”. And it is. Nevertheless, Fever is one of a handful of albums I think You Must Hear even though I really don’t think You Must Hear.

If you haven’t heard this, consider yourself having missed out on something truly worthwhile.

If Eno’s solo career was a sinking ship, this is where all the rats like me would be diving overboard. It strikes me as a poor analogy, since Eno’s career has been remarkably buoyant; however, ambient music is helpful in film and theater, but in almost every other context, it’s Muzak for your life. I don’t want life to sound like it’s taking place in a hotel lobby or an elevator.

There’s an imaginary line between popular and avant-garde, not unlike the Tropic of Cancer, which you may cross without even knowing it. It’s safe to assume that Eno knew what he was doing.

To be honest, I didn’t know what the hell was going on in 1983-84, and I was hoping that 1001 Albums You Must Hear Before You Die was going to bring some clarity to my confusion.

Generally speaking, the self-awareness of a 16-year-old boy is limited to his immediate sight and grasp. At least, that’s how it was for me.

What I do know about the period is that music was as much a part of my life as it was my identity. All groups form on a certain commonality, and high school is nothing but a laboratory experiment in social stratification. My school had maybe six main social groups based on music (more or less, for the purpose and definition of this essay). 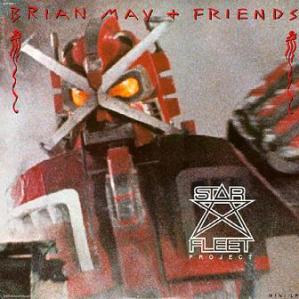 If I can’t find anything nice to say about a record that features Brian May and Eddie Van Halen exchanging guitar solos for half of the total time, then it’s got to be an exceptional record. This joins the list of Albums I Wish I’d Never Heard Before I Died.

There was one morning I woke up in 1992 and I felt like I’d been asleep for a couple of years.

Right here, right now, at this very moment, I think the 1001 Albums list should end and start over. The book and list should be split into two volumes. It’s got nothing to do with me being a lazy dirt bag, which is also debatable.

Clearly, it’s a cumbersome title and a moot observation, but my point is very simple. We are leaving (and in some ways, have already left) the analog era of popular music. That’s incredibly important, in two somewhat related ways.